On Sunday, March 7th, I wrote how I expected the BTC market to react to the 1.9 Trillion Stimulus Bill getting passed. In summary:

I think Bitcoin will reach an all-time high (ATH) in the next 5-14 days because of the stimulus bill.

Six days from the date of the original post, Saturday, March 13th, around 2:10AM PST, Bitcoin broke through it’s previous ATH of $58,330. 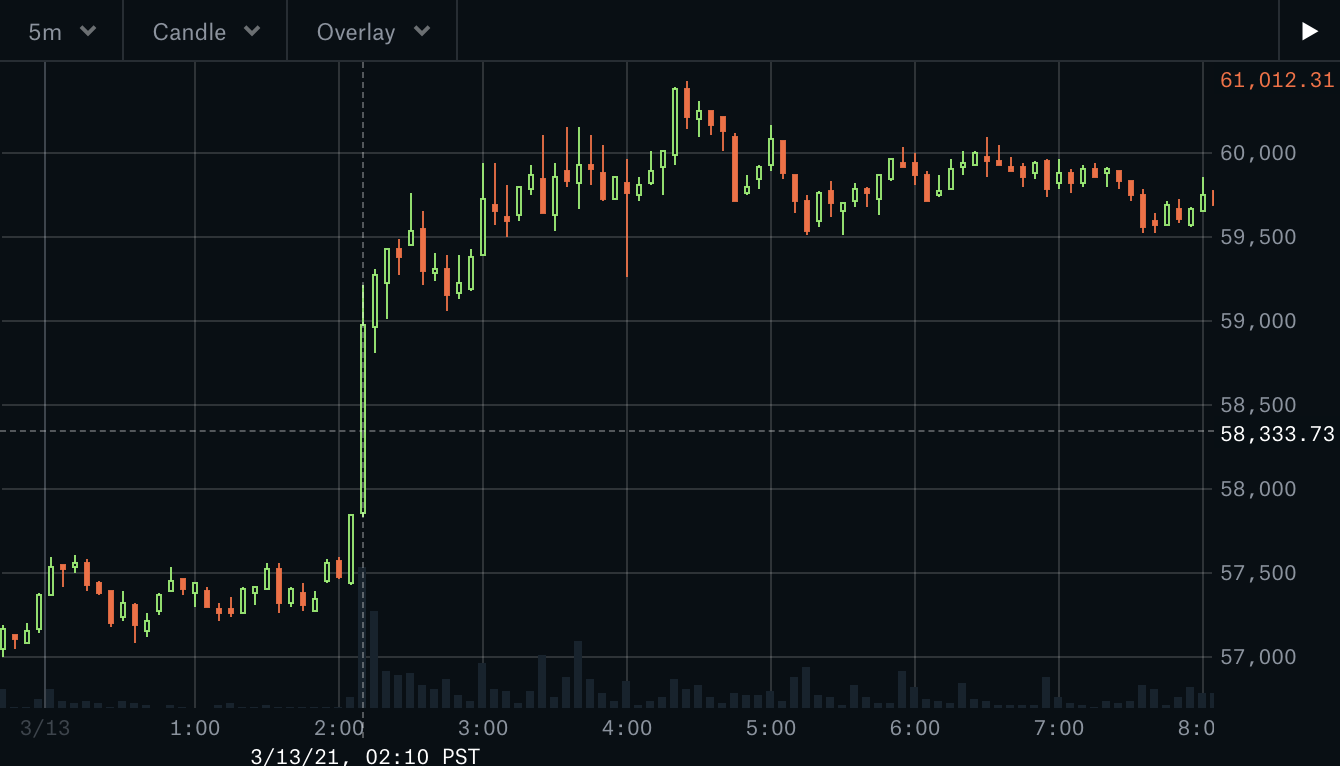 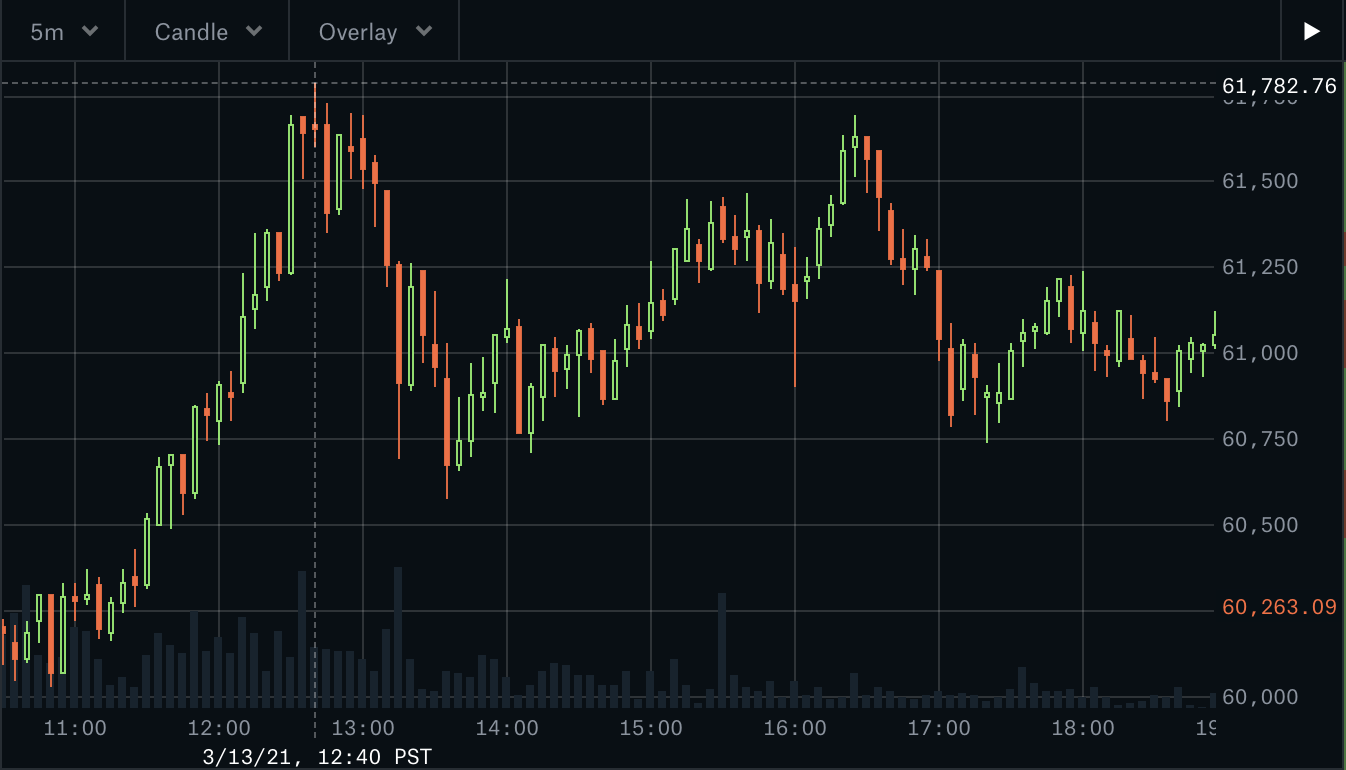 In the original post I laid out three reasons for making that belief public. The third was:

This promotes a culture of accountability. (not being Jim Cramer, making predictions he never verifies)

On top of that, I don’t want to just make price predictions and verify them; I need to put money where my mouth is. (putting skin in the game can change behavior)

This was by far my largest asset purchase to date. I had extremely high conviction, so I actually was able to sleep well at night.

As soon as I made the purchase, BTC continually rose in price over three days. 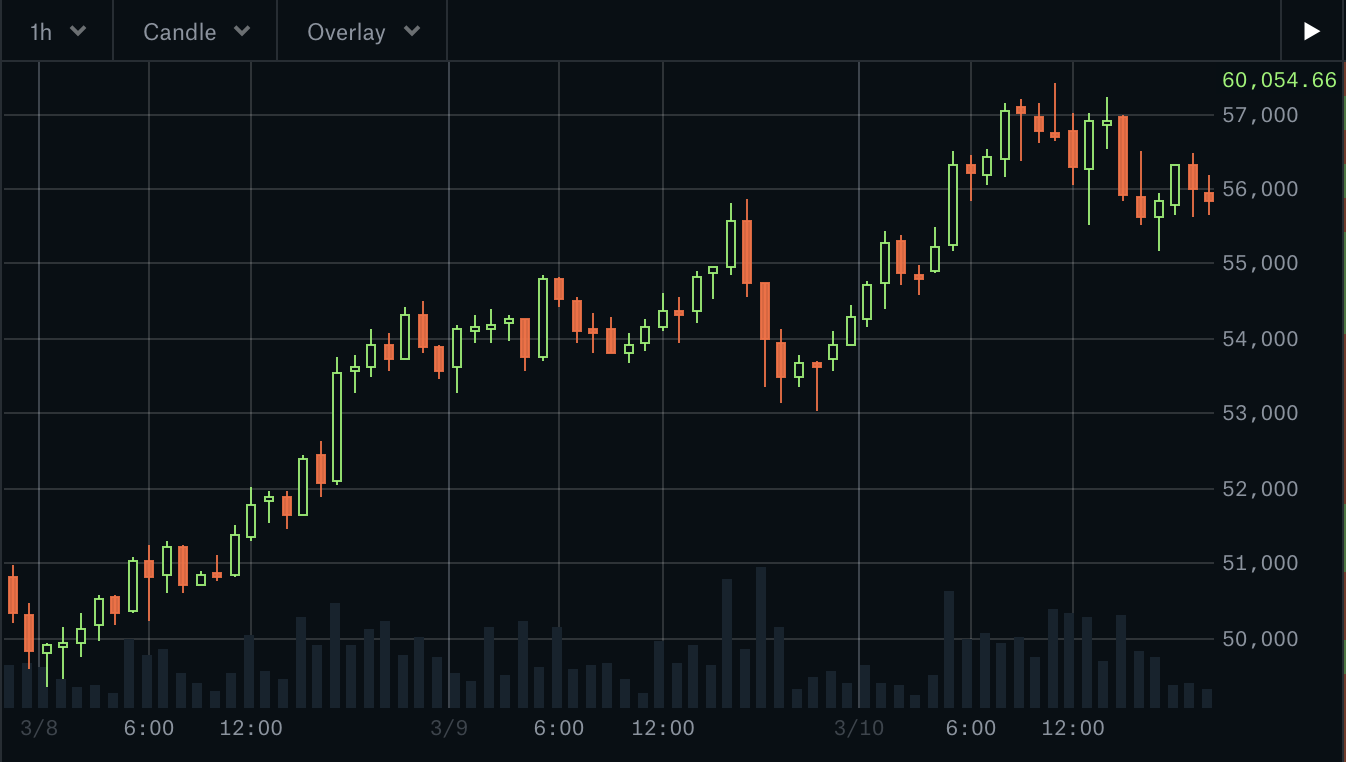 During some of the pullbacks, I added to the position, eventually making the total position 30 BTC (~1.5M USD).

On Wednesday, the House voted to approve the stimulus bill. However, it wasn’t going to be signed by the President until that Friday.

Eventually, the total gets back to 30 BTC.

As mentioned at the top of this post, at around 2AM PST, BTC shoots past the ATH.

The two trades above + minor ones through the week resulted in a 3.676 BTC realized profit in six days.

At time of writing, I still have 5 of the original 30 BTC still open with an unrealized gain of 0.349 BTC.

This is my best trade yet. My next step is to build resilience to not trade until I have that very high level of conviction again.