Update: I’ve added a video version of this post: https://rumble.com/v1n9sfq-the-bear-case-for-airbnb.html

I believe that AirBnB is not a good business. It’s not due to the team, or the market. It’s due to the nature of the business as a host. 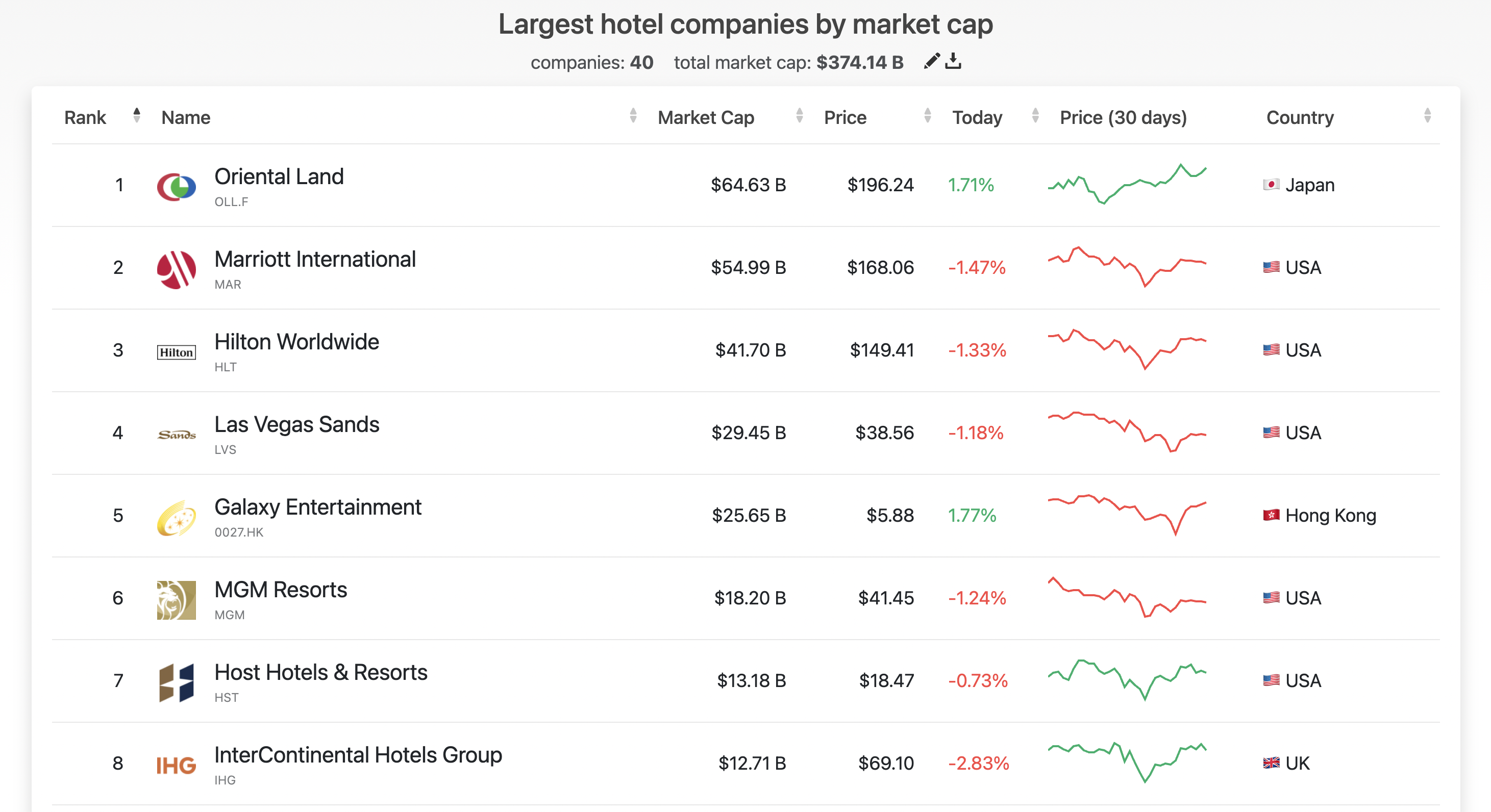 This essay is based on my experience as a professional AirBnB host from 2013 to 2015 in my first startup, M-Spaces.

There are largely three types of hosts.

The first type of host is the side-gig host. This is someone who is renting out their extra room, guest house, etc.

The second is a host with a space for large groups. They host groups of 6+ in large homes; often near beaches etc. where large groups of friends travel. These hosts existed on VRBO before AirBnB.

The third type is a professional host. They buy or rent locations for the sole purpose of hosting guests on AirBnB, VRBO, etc.

This is the majority of hosts. They are casually hosting.

It’s profitable for this person to host because they will keep their rantable space even if they weren’t an AirBnB host. For them, the cost of their lease, cost of capital, HOA fees, etc. should be “on their books” as $0.

However, they are not professionals. The guest experience between hosts is wildly different. Hosts have different standards for:

If you have stayed with AirBnB three or more times, you have experienced a disappointment regarding one of those three items. The quality control is not there, and it is not possible to do AirBnB-wide.

AirBnB will eventually stop hosts that create a truly terrible experience via reviews. But that takes many (~8+) stays. Part of the reason is that the reviews are dual-sided; guests are less likely to write a scathing review of a person than they are about a person.

This form of hosting is profitable for the host, but creates wildly different experiences for each guest’s stay. It is not at all comparable to a hotel experience.

This type of host already existed on VRBO / HomeAway. They provide ski cabins for families and party houses for spring breakers. It could either be an investment property, lake house that’s rented when owner isn’t there, etc.

Their revenue is not significantly displaced changed AirBnB. For this type of host, life continues as normal except that they now have a new advertising medium, AirBnB.

However, from a guest’s standpoint, this represents a very small percentage of travel. This is almost always leisure trips that require coordinating groups. It represents <4% of travel. [1]

This host rents or buys single bedroom/studio houses/apartments for the sole purpose of hosting guests. From a guest standpoint, this creates the most hotel-like experience.

This host has a professional cleaning service or cleaning employees that create a consistently strong experience.

Because it’s not the host’s home, they dispassionately view the space an investor, and thus generally have less rules for guests. Because the host has reviews aggregrated over many locations, they have a higher number of reviews, which makes travelers feel the most safe.

This is the best guest experience - it’s the most similar to a hotel. [2]

However! It is the least profitable option of the three. Primarily due to cost of logistics, and unequal tax enforcement.

To best explain those costs, I will walk you through my experience as a profitable host with M-Spaces.

At M-Spaces we leased and furnished high-end apartments in Austin. It grew to a $1M run rate with 12 full-time employees across 24 apartments. 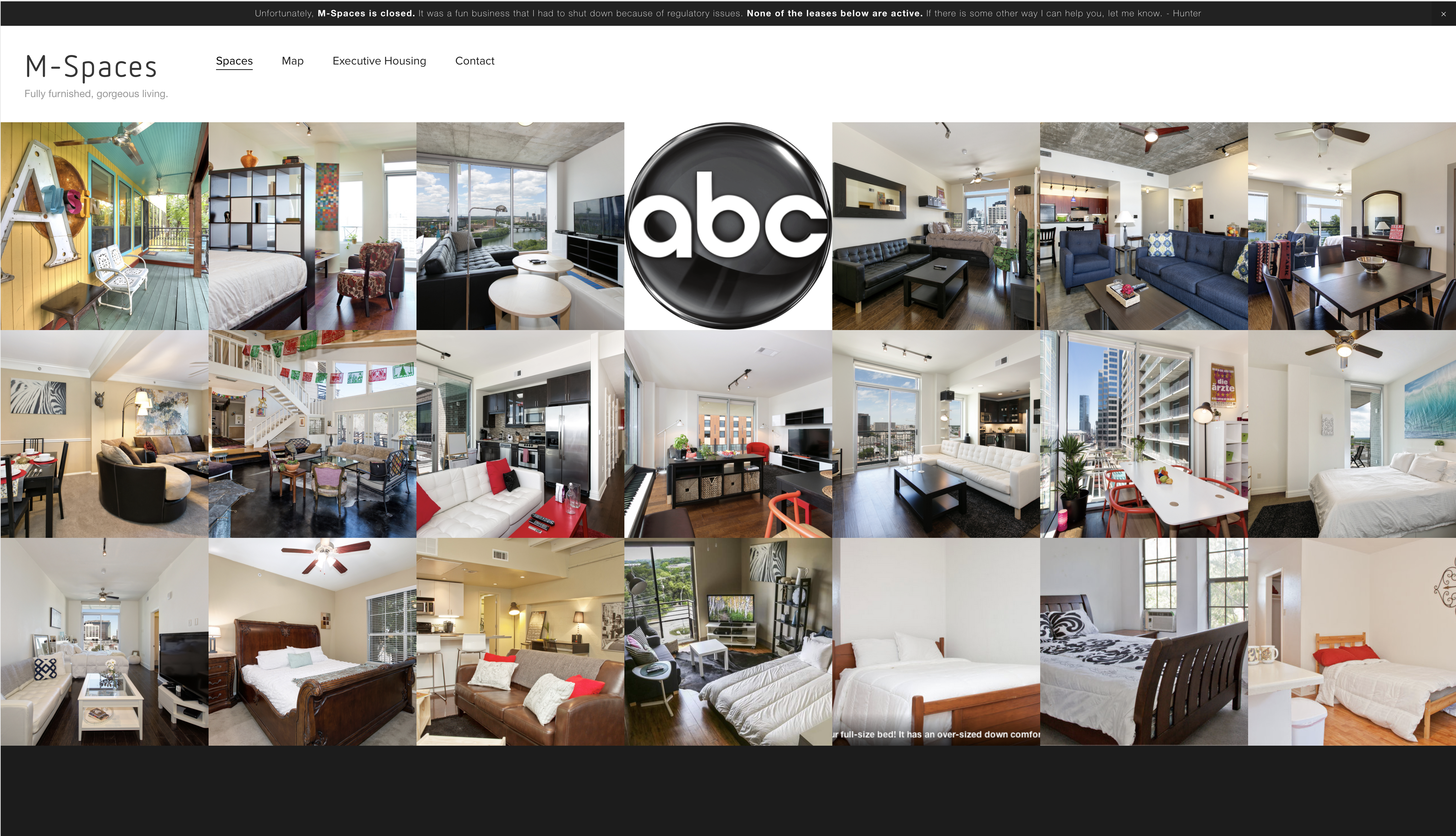 I use the same account, but have changed it to my personal name and picture.

It was not profitable, though.

Here is our profit and loss report from August 2014:

Viewable spreadsheet of our P&L

It was an enjoyable business. Unfortunately, we had to shut it down because:

Our most profitable building was The Whitley. It’s clearly a 4 star apartment building. We had 8 apartments there.

A very comparable hotel is across the street. The Omni. [3]

We had different rates for different apartments and for different nights (weekend vs. weekday). Our mean average price was $164/night. That price allowed us to achieve +94% occupancy. We were not paying the tax.

An AirBnB is simply a hotel that has higher variable costs, and equivalent fixed costs. Your variable costs of cleaners are higher for each type of host:

But AirBnB is part of the new sharing economy!

There is one other argument I hear: “AirBnB is Uber for extra space. Uber turns underutilized assets (consumer cars) and creates higher utilization. AirBnB takes unused space, and utilizes it to a higher degree.”

The problem with this comparison is two-fold:

Now, the hosts are realizing their AirBnBs are not worth it! People add crazy cleaning fees to cover the taxes and general costs of running it.

Eventually, AirBnB prices will rise to match hotel prices. Hosts will be left to compete solely on creating a more special experience than you can get at a hotel.

Can you make a better experience than Four Seasons? Maybe.

Will it be profitable? No.

[2] AirBnB markets themselves as a way to be more connected to the location you’re visiting because you’re there with a local host. In practice, I’ve found that very few guests care about that. In 2014, we conducted a multi-thousand respondent phone poll, and the overwhelming majority of guests care about price above all other factors. A local host was low on cared-about-factors.

[3] As part of my ongoing experimentation with pricing on rooms, I was able to get a call with the man in charge of Omni rate-setting to learn from him. In 2014, he had no idea what AirBnB was.

[4] “Well why don’t you just put ALL your units in one building?” Yeah, now you’ve re-created a weird hotel. Just go buy a hotel then.

[5] Thanks to Jake Bailey for sparking a reminder to add this point.