My favorite part of working at Facebook has been being an intern manager for four interns (one group of three and one individual). Specifically, I enjoy watching them get “beginner gains” on their technical coding skills. When you’re new, your rate of learning is very fast.

I want to get more of that, so I chose to mentor kids in the area who are interested in coding.

Also, it seems like people who volunteer are really happy. Maybe this will improve my life.

There are two schools near me, Belle Haven Elementary and Mid-Peninsula High School.

I thought, “Ok good. These schools are close, so they will be similar. I get one middle school and one high school, so that will provide some variation.” In fact, they are not similar at all and age has nothing to do with it.

Belle Haven appears to be a fairly poor public school. The facilities are run down. It seems that it’s a requirement that teachers are Spanish + English bilingual.

A significant portion of the students’ parents only speak Spanish. An overlapping percentage (I wasn’t told the exact percent) also don’t have any internet connection at home. 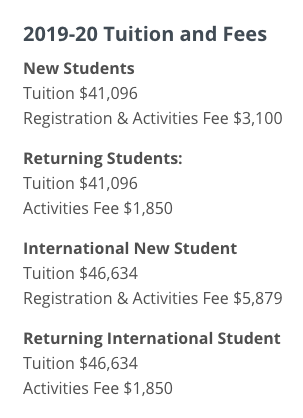 It is a well maintained, small school. It appears to have a very low student to teacher ratio.

I email Henry at Mid-Pen asking if there’s a way I can help out. 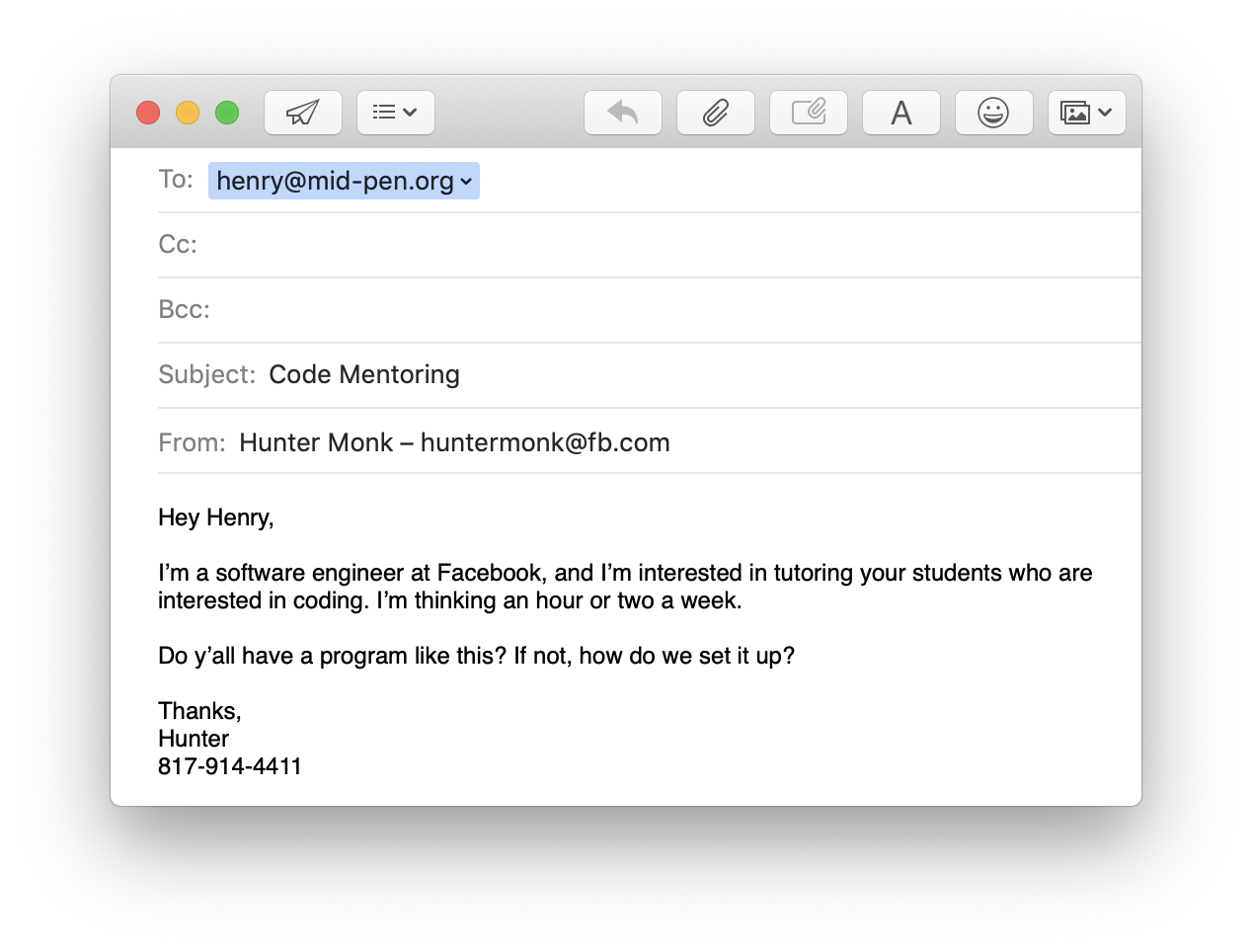 He promptly responds. Henry is the wrong person, but he connects me to their Vice Principal. I end up doing an interactive talk, titled How the Internet Works for the school’s tech week. I will write about the talk in a later post.

Second, I go to their website to email them. There is no email address, but their contact form is broken:

Fourth, I go to Belle Haven in person. I walk in the lobby and before I say anything, the receptionist says “you subbing?” and flips this binder on the table open at me. Very curt.

Do y’all have a program for this? If not, how can we start one?

It’s clear she is annoyed I’m interrupting her work. She does give me the principal’s email address, though.

I email the principal - I get a single response, and nothing after that.

The Chances of a Student at Belle Haven

It’s just incredible how much less of a chance Belle Haven students have. They don’t have internet, their school is not interested in outside help.

Their students need mentoring more than ones from Mid-Peninsula, but it’s hard to give that to them.