On May 1st, AirBnB will start collecting hotel occupancy taxes (HOT) for all hosts in Texas.

I think this is a large loss for AirBnB. The majority of hosts that I’ve encountered in Austin do not pay their HOT. Now, they will be forced to increase their prices, and will no longer be competitive against a hotel.

In 2014, I was applying for short-term rental (STR) licenses to run M-Spaces. Those licenses are required to run an AirBnB, and are also required if you pay your taxes.

When I applied, I was told that there were only 186 licenses issued up to that point. At the same time, there were ~3000 listings available in Austin. I’m quite sure there are more licensed spaces now, but I doubt it’s more than 1/3rd of the total inventory in Austin.

Now, to combat the extra taxes, those other ~2,814 hosts will now increase their price ~15%. That closes a lot of the gap between the price of an AirBnB, and the price of a comparable hotel.

And in my experience, the majority of guests pick AirBnB because it’s cheaper. Some truly do use it for AirBnB’s marketed reason - that you get a truer experience of living like a local. I haven’t met many of those people, and I suspect they’re representative of early adopters and not the general consumer.

Now that a lot of that price advantage is gone, I think AirBnB will suffer in Texas. People will now use hotels. I’m guessing other states like CA and NY will follow suit.

Source: In my first startup, M-Spaces, I would lease and furnish apartments for hosting guests on AirBnB. 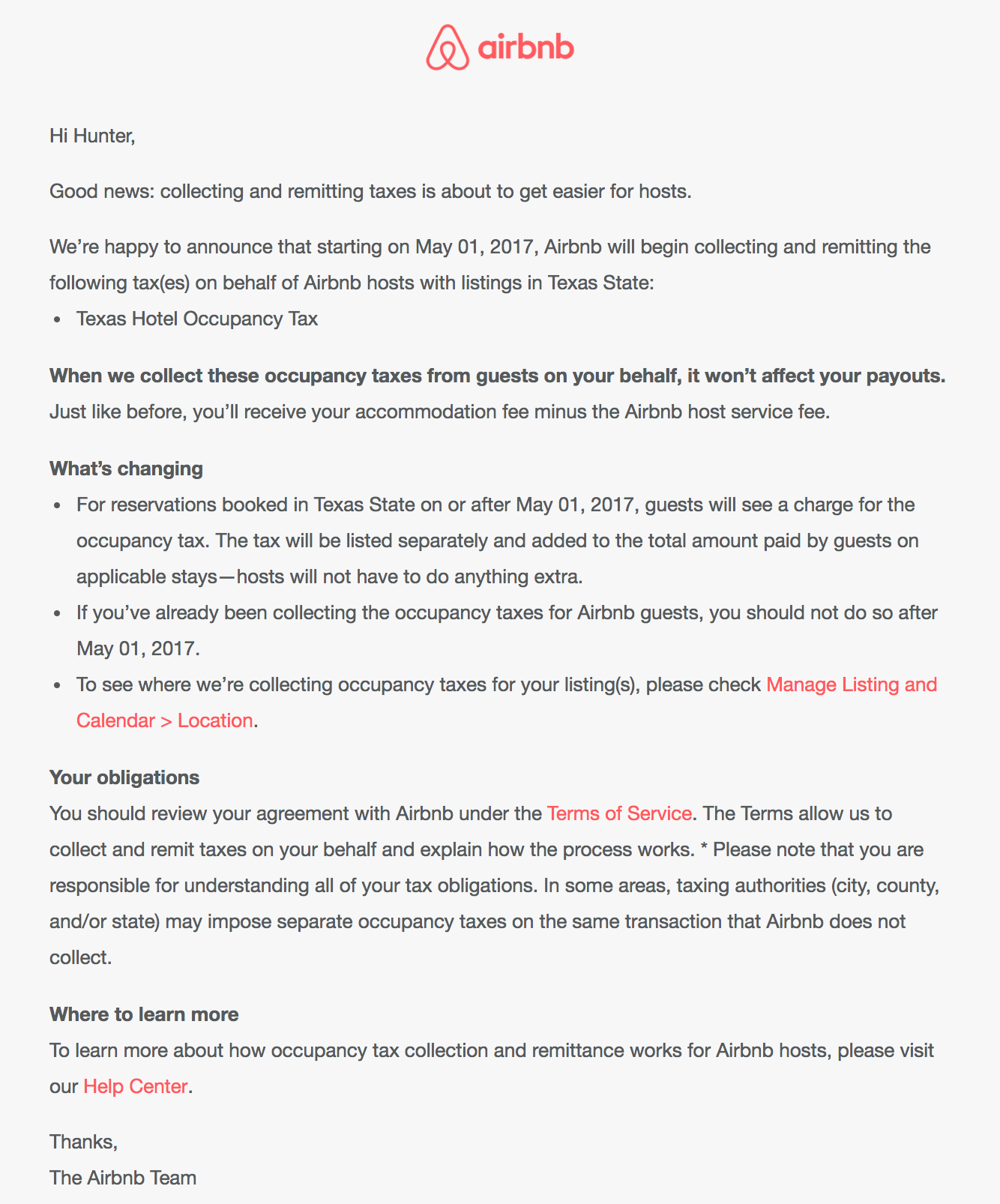