Earlier, I wrote that the CEO of Robinhood, Vlad Tenev, uses ridiculous corporate language. It was on full effect during his interview with Elon Musk and in the Gamestop White House Financial Services Hearing.

In both interviews, Vlad mentions that $GME’s sudden rise in price is a 5 sigma event. It’s an over-the-top way of saying an event that is 5 standard deviations from the norm in a normal (Gaussian) distribution. [1]

He also sometimes describes it as a “one in 3.5 million event”.

This was a five sigma Black Swan event (1 in 3.5 million), so basically model-breaking. Our daily VaR requirement increased from $282M to $1.4B in 1 day (see page 10 of my written testimony to the House Financial Services Committee https://t.co/QbOUyg3aSP)

Here’s a refresher on standard deviations.

The thing is, intuitively, you can just feel that GME’s rise in price is not a once in 3.5 million event.

Neither of these makes sense. 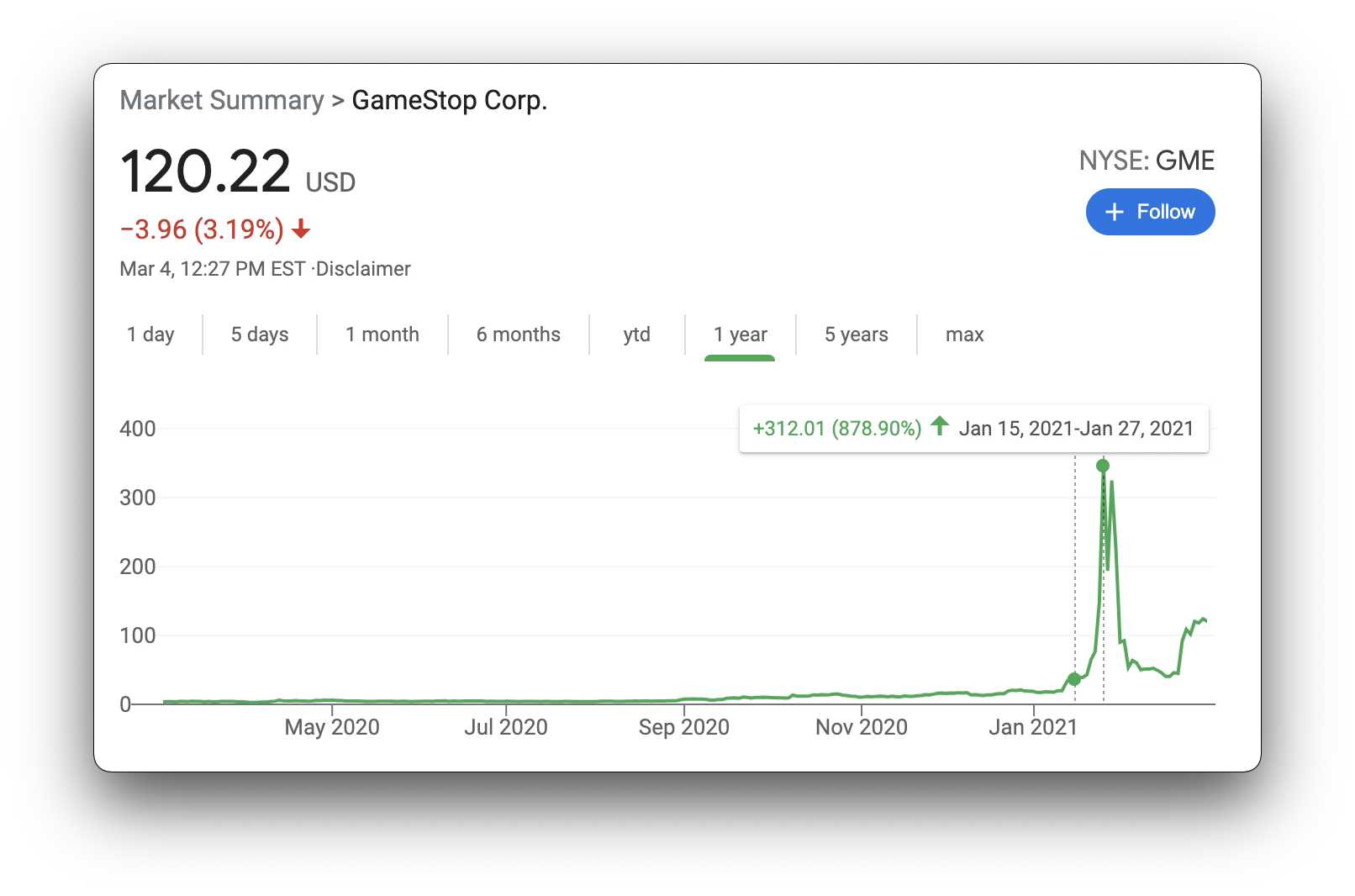 That’s a lot. But this happens all the time. Last year, Kodak had a bigger rise than Gamestop, and did it in 5 days. 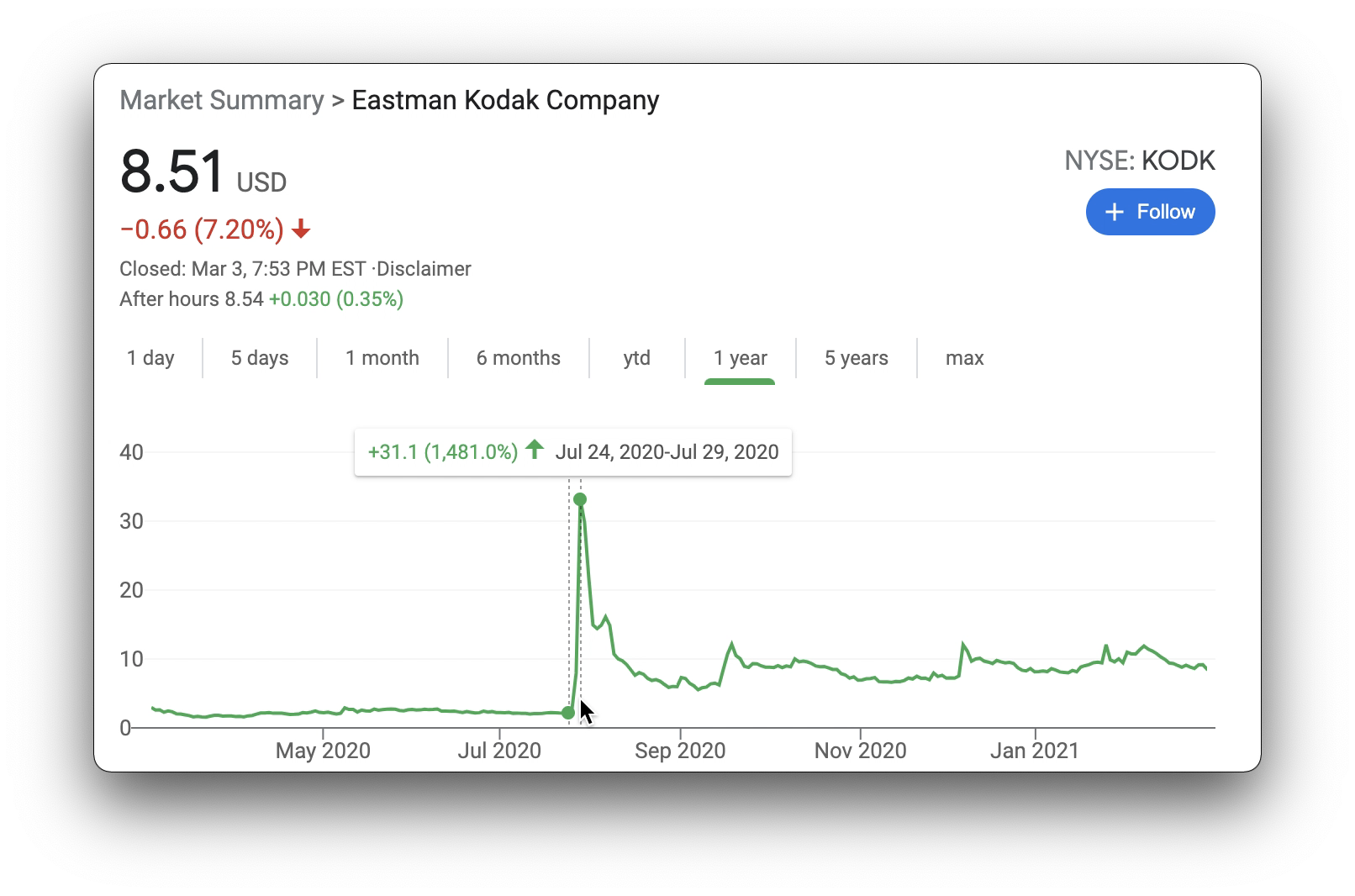 Definitely not one in 3.5 million.

At the other end of the spectrum: if an event happens every 5 years, you should be prepared for it. Full stop.

Nassim Nicholas Taleb Calls Him Out

This was a five sigma Black Swan event…

NNT then adds an explainer video:

In summary, what the above video says is: you can only apply sigmas if you are certain you’re dealing with a perfectly gaussian distribution. [4]

If there’s any doubt that the outcomes are gaussian, when you see an unlikely (6 sigma event), it basically confirms to you that the distribution is not gaussian.

This is a version of Wittgenstein’s ruler. Think about it this way.

In the stock market:

The answer is swans are black; stock prices are not normally distributed, and prices change like this all the time.

[1] Using unnecessarily complex terms is a common thing bullshitters do.

[2] Intentionally being obscure is another common thing they do.

[3] This could also be some other cherry-picked stat by combining Gamestop’s market cap, trading value, and some other factors.