It’s common knowledge that being able to delay gratification is preferable. Experience a relatively smaller amount of pain now for greater gain in the future.

This is hard for us, because we think of our future self as a different person. It’s why Jerry Seinfeld stays up late at night.

Night Jerry is a different person. Why experience pain for that guy?

Thinking in Bets describes an experiment on people contributing to their 401k. Some sort of retirement savings thing.

When the experimentee saw a picture of themselves doctored to look older (like what the Russian FaceApp did that’s gonna steal your face !!!), they chose to contribute a significantly higher percentage to retirement. When you see a older looking picture of yourself you think, “I will be that person soon!”. 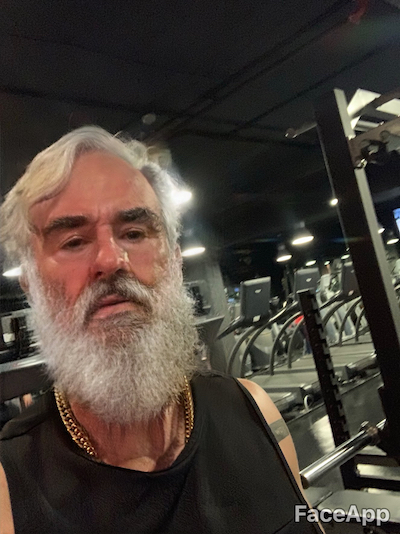 There’s lots of writing about future self. There’s not much writing about how we think of our past selves as different people too!

It’s pretty common to think back to your high school days and think, “Wow. Why did I care so much about what these stupid high schoolers thought of my clothes?” But. You’re thinking of your past self as a different person! That shit really did hurt!

You think, “Fuck. I spent so much on that vacation. If I invested that money in Amazon I would have $9k now.” but the vacation was bomb.

Reconciling your past self seems just as important as reconciling with future. Why is there no focus on it?